A Gdansk neighborhood turned into an open air gallery

The old town of Gdansk is one of the biggest tourist attractions in Poland. Every year millions of visitors enjoy the beauty of the historic city center. Which is less old than they might think, because a large part of the city was destroyed during World War II and later rebuilt. References to German architecture were replaced with other architectural styles, making the old town look surprisingly like a Dutch or Flemish city. Gdansk is also the city of Solidarnosc, the trade union that challenged the oppression of the communist regime in the 1970s and 1980s. Next to the impressive monument on Solidarity Square is a huge museum with an exterior of weathered steel, a reference to the shipyard where the movement started.

But the city also has an attraction that has not yet been massively discovered. Visitors who like to see something different should go to Zaspa, fifteen minutes by tram from the center. Zaspa would be one of the many rather anonymous high rise neighborhoods of the city, if it wasn´t home for one of the largest collections of murals in the world. They are really huge, the dozens of paintings on the sides of the buildings. Looking out of the tram window the face of Karol Wojtyla, or Pope John Paul II, already shows up in the distance. "Murals are hot in Poland," says Zaspa-inhabitant Jarek Orlowski, one of the local guides who provide free tours. (Because of the large distances a bicycle tour is preferred). "But in most places it remains limited to a few walls. In Zaspa we have built a cohesive collection with an artistic purpose. It is unique in its size, only the city of Lodz has something that comes close."

The first murals in Zaspa were made around the millennium festivities in Gdansk in 1997. From that moment on the collection steadily grew. Since 2009 there is an annual Festival of Monumental Arts in the city, where mural artists from around the world gather. In 2010, the Gdansk School of Murals was formed, part of the Arts Academy, with the goal to let students and artists present themselves through murals. Political graffiti in Poland has a long tradition, particularly in the years of Solidarity. It is tempting to see the murals as a logical next step, but painting huge works of art on blind walls with the help of scaffoldings is a relatively recent phenomenon, says Orlowski: "The Spanish murales is used because there wasn’t really a Polish word for it. In the beginning it was considered as something exotic. Meanwhile, it has developed into a fully fledged art form. Although some artists who contributed do not want to be labeled as street artists, because they think it will not be perceived as real art." 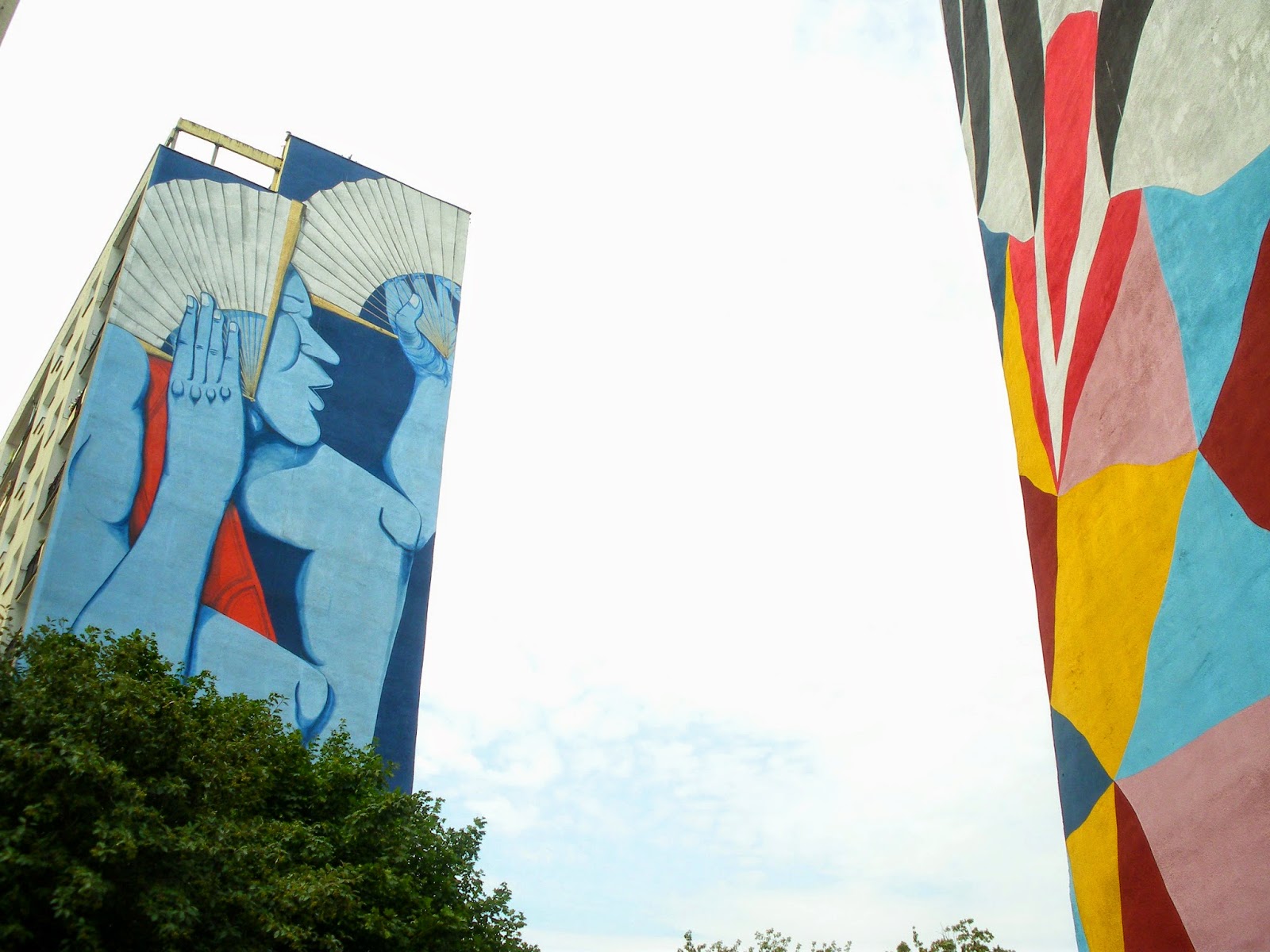 The images in Zaspa are indeed more than just decorations. They leave something to the imagination, even if they refer to historical events or famous people. In Zaspa you don't see visual jokes like fake cracks in the wall. The murals are more like enlarged pictures from a graphic novel. Only the store rooms at the entrance of the flats are painted with more familiar scenes, such as animals and flowers. This way, they help children and visitors to find their way.

The air strip of the former airport, on which Zaspa was built, is still recognizable between the flats. The murals are a change to the original planning principles: from gray uniformity to multicolored diversity. Just like the Bijlmer - or Amsterdam-South East, as it is called nowadays - Zaspa was a utopian neighborhood, planned in the sixties and largely built in the seventies. And just like the Bijlmer it never became the district the planners had envisioned. Facilities such as shops, schools and playgrounds were lacking long after the blocks for twenty thousand people were already there. "In the past people were not proud to say that they lived in Zaspa," Jarek Orlowski says. "Now much has improved, with more facilities and shops and nice parks with playgrounds. The appartments also got fresh new colors. The positive effect of the murals is that they brought a sense of place to a place that used to be anonymous. Every Zaspa resident is aware that they live in an open air gallery. "


The residents' involvement is not formalized but still present. The festival is the annual highlight, when residents come along with food and meet with the artists. In each building there is a residents cooperation that must approve of a design for a new image. Only once a design has been rejected, an image of a bomber from World War II that was considered too grim. There are still plenty of gray walls in Zaspa. But according to Jarek Orlowski it is not intended that the public space gets 'overcrowded' with murals and at some point in the coming years the collection will be completed. 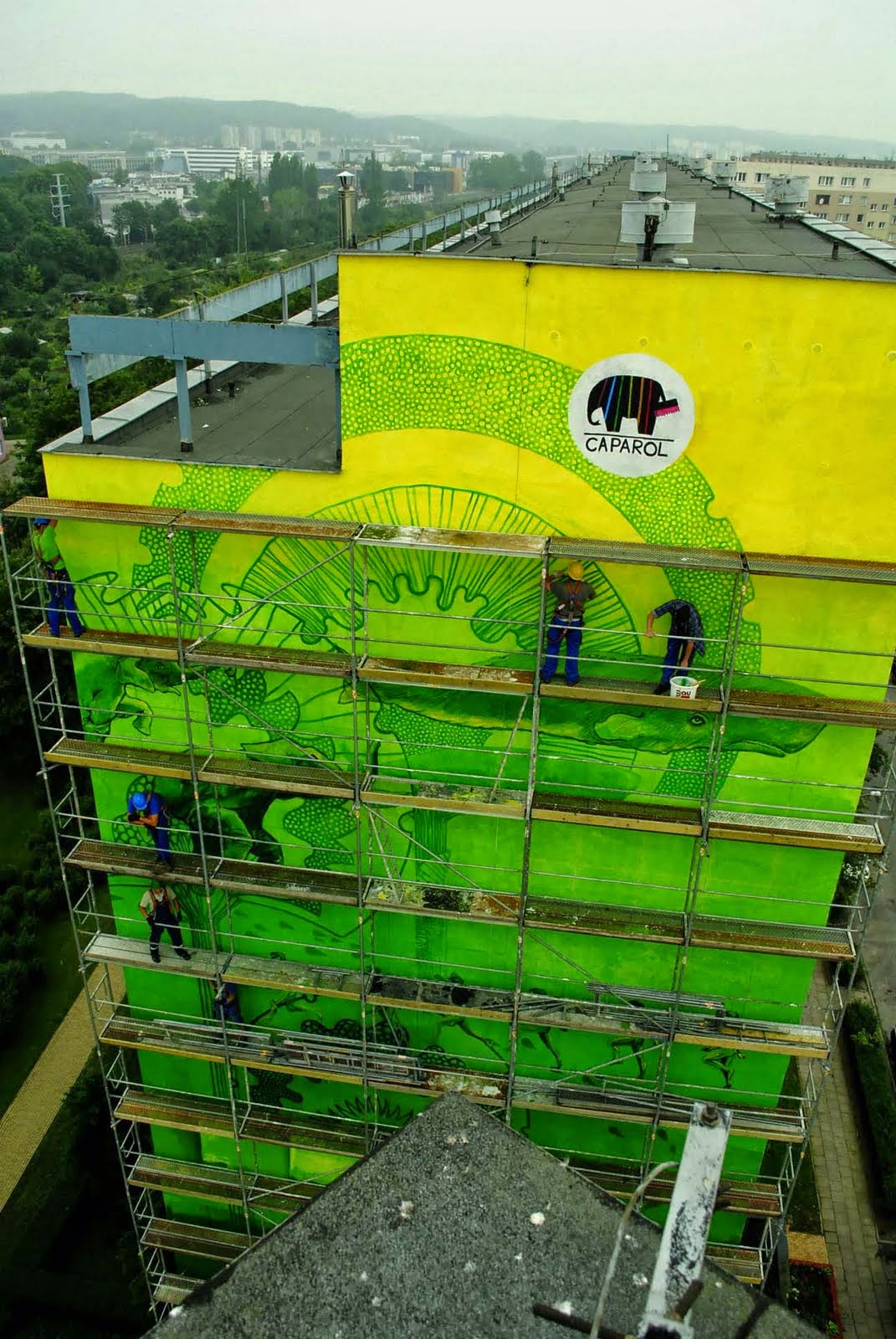 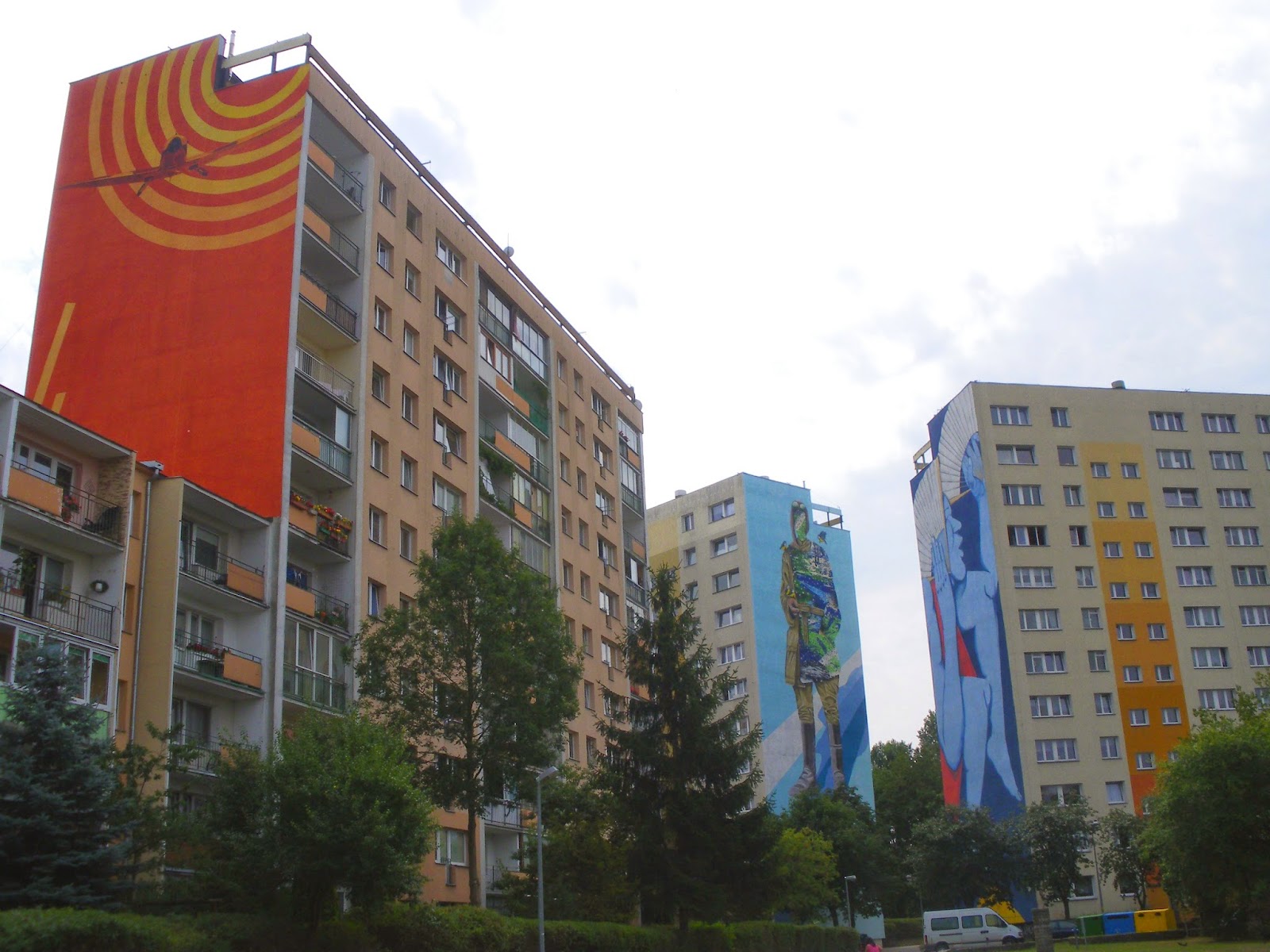 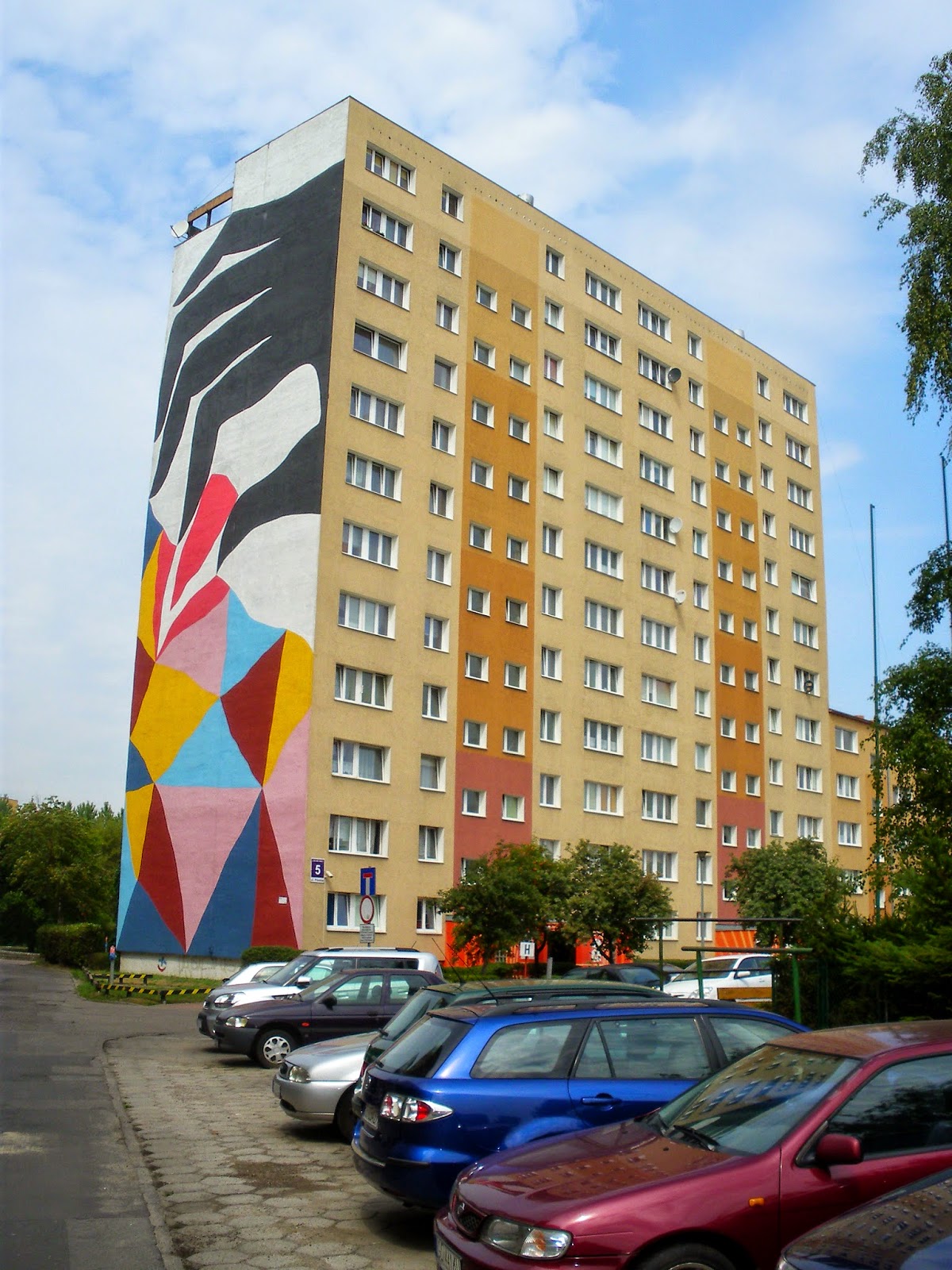 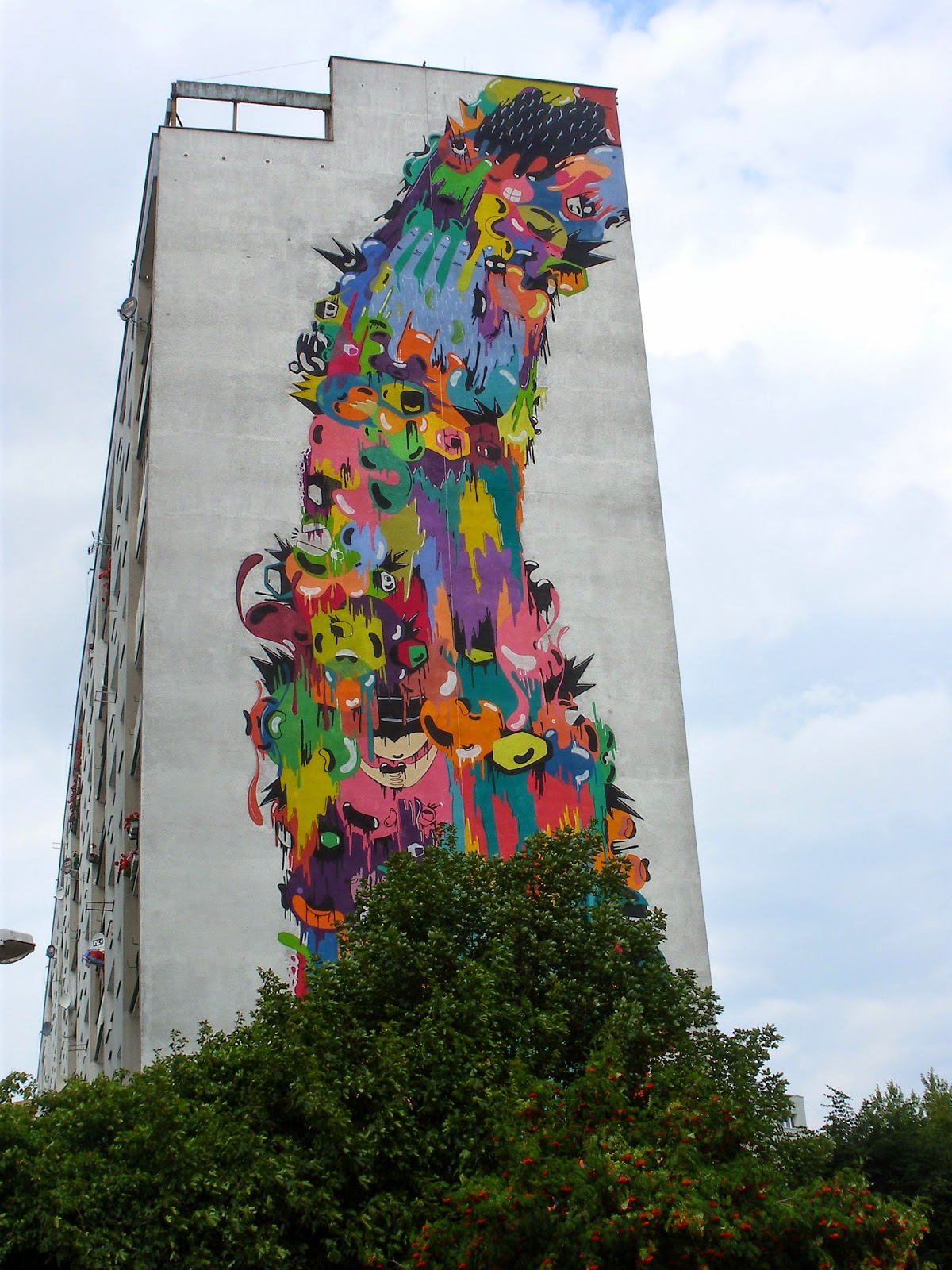 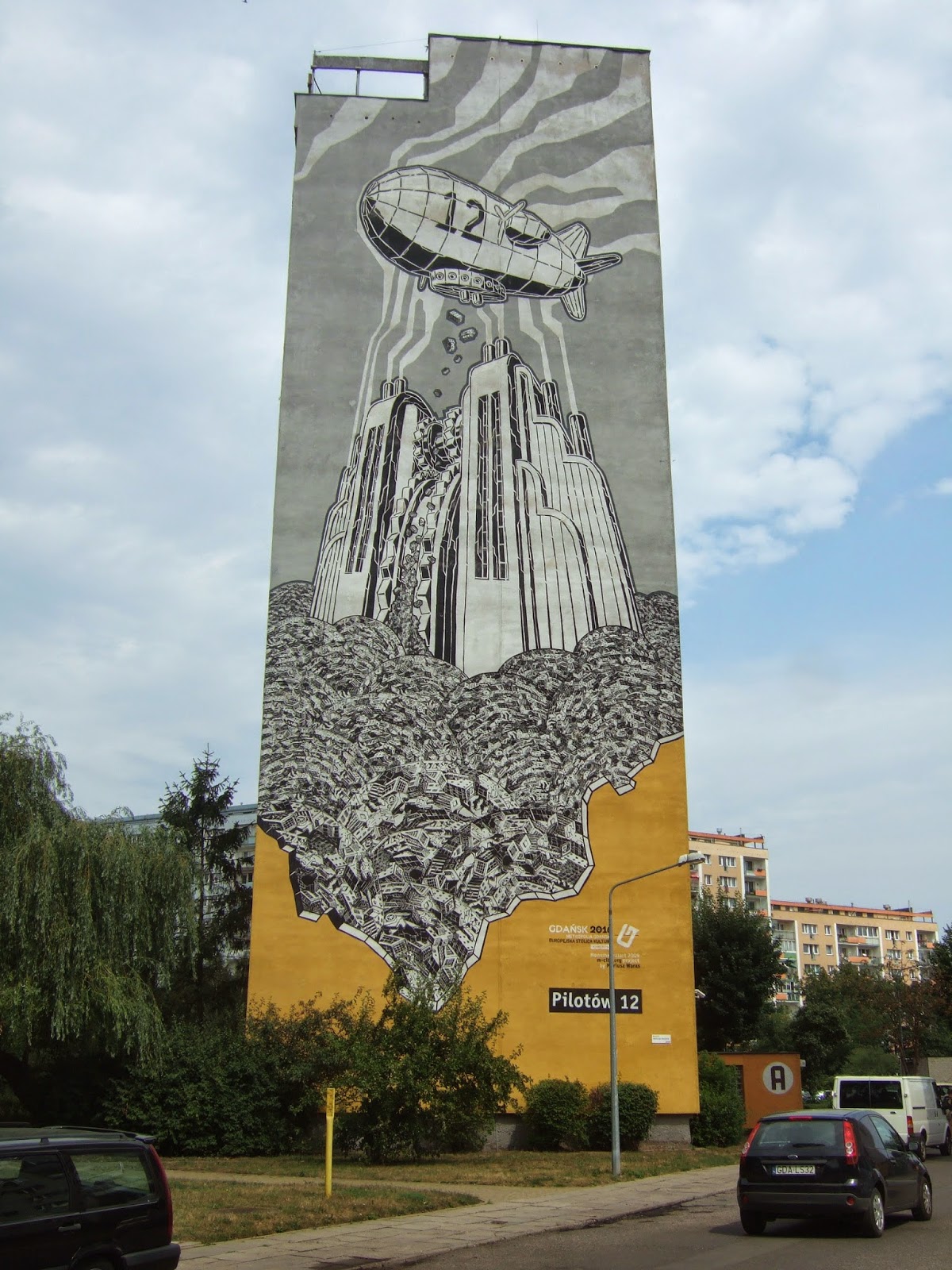 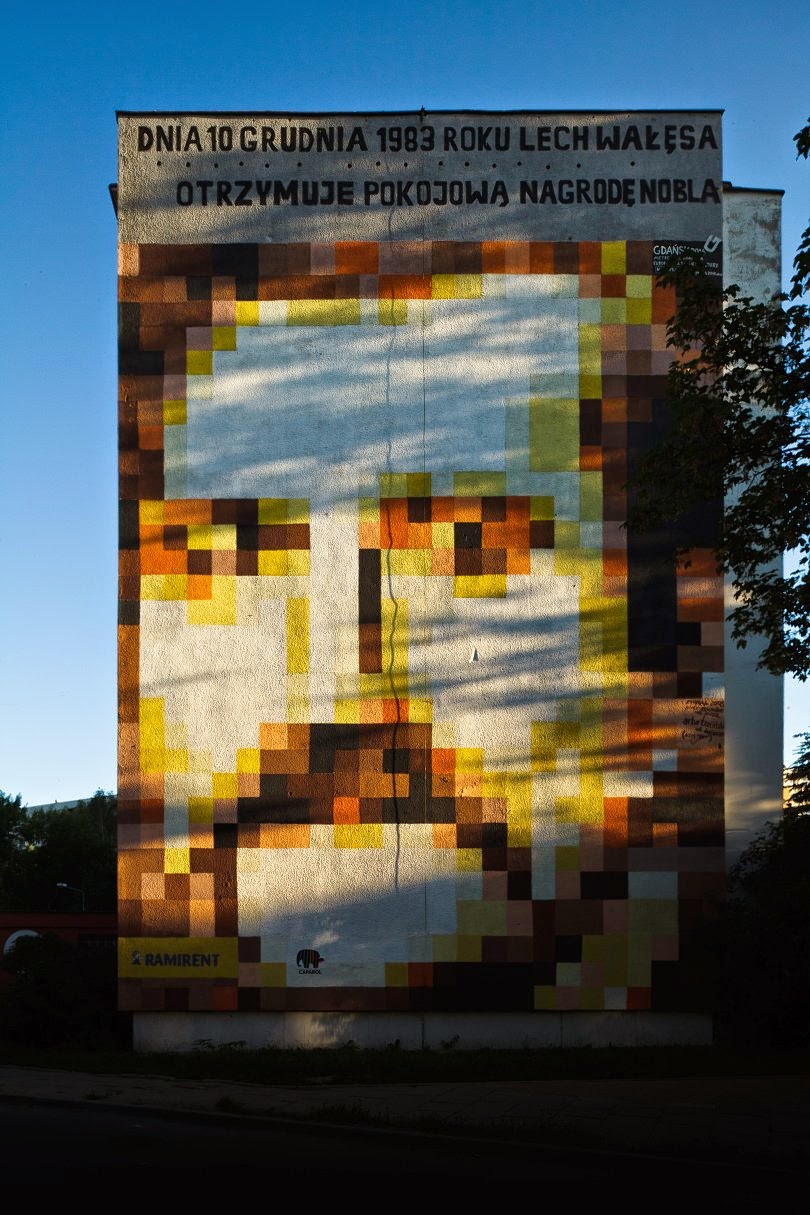 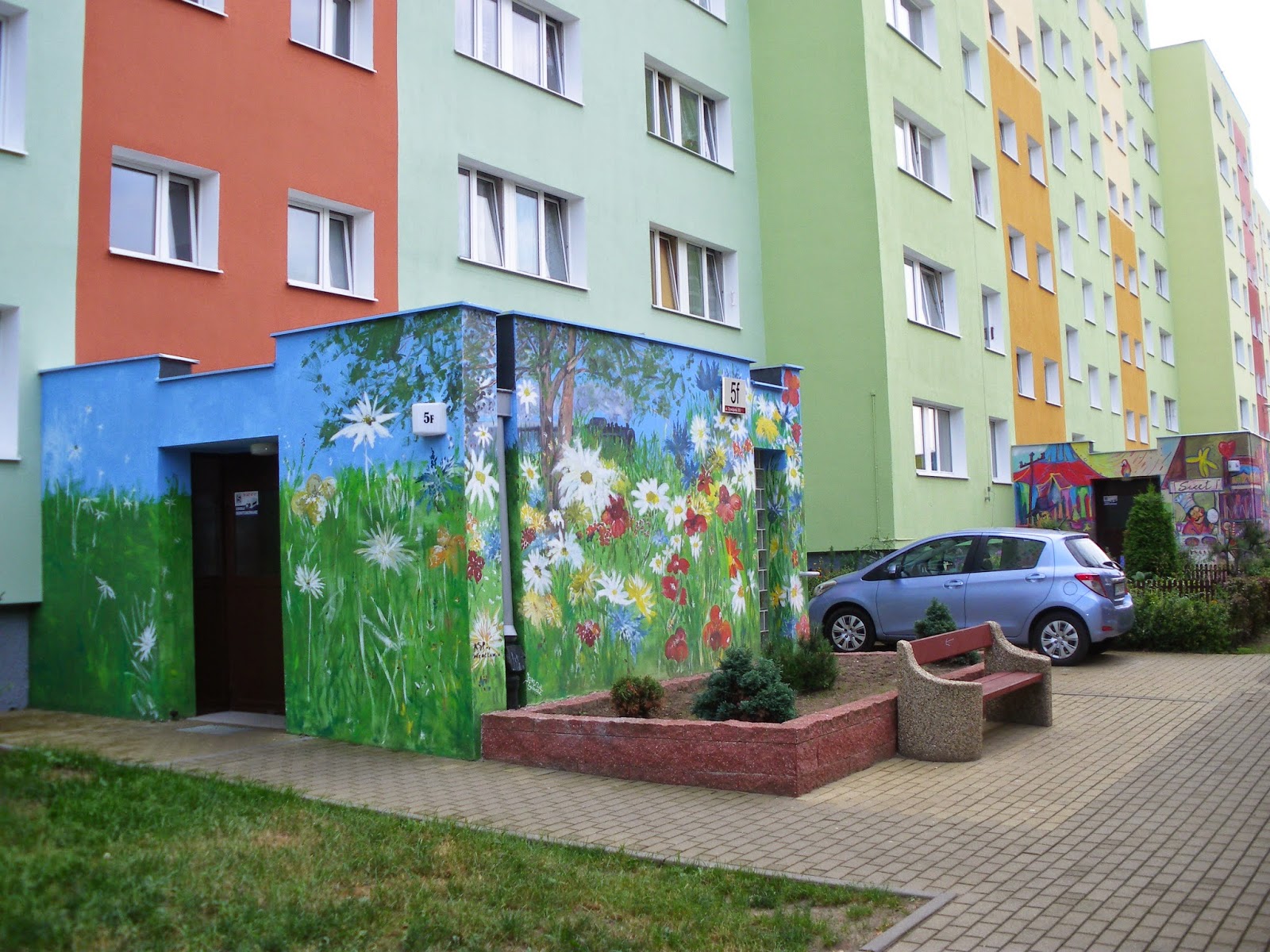 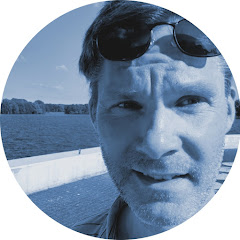